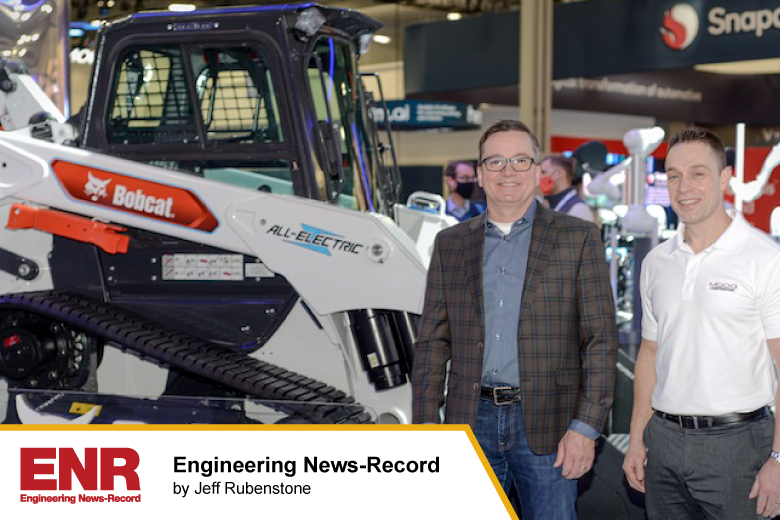 Bobcat Co. turned some heads at the Consumer Electronics Show in January by unveiling the T7X, the company's new all-electric compact track loader that ditches not only the diesel engine but also the entire hydraulic system. While many equipment manufacturers have made electric-concept machines as one-off efforts, Bobcat sees electrification as a broader shift for the industry.

Developed in cooperation with electric vehicle-maker Moog Construction, the T7X is designed to leapfrog some electrification efforts underway in the construction equipment sector, according to Joel Honeyman, Bobcat vice president of global innovation.

“This was two leaps of technology,” he explains. “We not only added the battery, but we’ve added other levels of electronic controls.”

Replacing the compact track loader’s traditional hydraulics with electric actuator motors offers a different power curve than on an ordinary machine, but Honeyman says it's the result of a long journey. Bobcat North America had developed a prototype electric compact track loader in 2019 but kept refining it to get where it is today.

“My lead engineer came up one day and said there are companies that do electric actuation,” recalls Honeyman. “We know what hydraulics do, been there forever. But if we go full electric, there are other inherent advantages.”

With the hydraulics replaced, the TX7 has reduced vibration compared to conventional models, and like other electric vehicles, is much quieter during operation. The electric actuators also behave differently than hydraulics, so operators will have to get used to it, says Honeyman. “Once you activate it on the joysticks, that machine will go—you’ve got full torque when starting at zero speed and zero rpm,” he says. 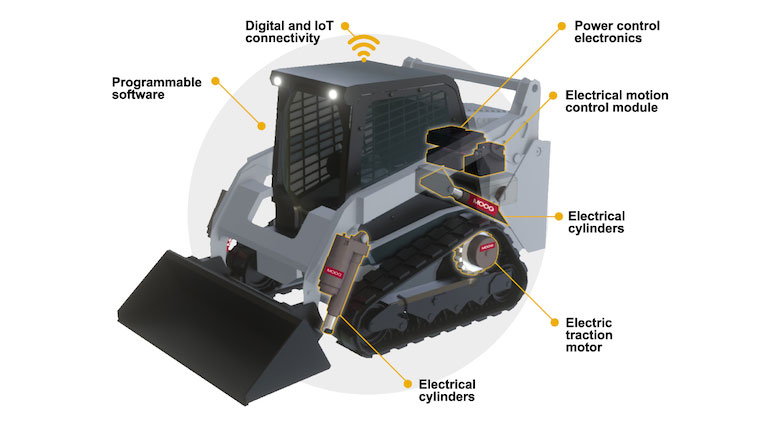 The T7X also has a setting for a “beast mode” that allows for full power and torque on demand, but Honeyman says it will only work at certain arm and bucket positions to prevent damaging the machine. In fact, the electronic controls are able to monitor the draw during operation and prevent the operator from accidentally damaging the machine.

“Say that you're rolling back the bucket and a rock is caught in the actuator,” Honeyman says. “With hydraulics, you can’t see it and could damage the machine. [With the T7X] we can sense it and have the motors back off.”

Allowing the machine to proactively avoid damage can prolong its life and avoid costly repairs, he adds.

Operation also has been simplified. Eliminating the diesel engine means no diesel refueling, while eliminating the hydraulic system means no hydraulic fluid to top off. While there are ecological benefits to a zero-emission machine, going fully electric also opens the T7X and other equipment up to easier automation, according to Joe Alfieri, general manager at Moog Construction.

“Once you have an electric machine, it becomes very controllable, like a robot,” he says. “You can load software to have it do things at that point. [Electrification] enables higher levels of automation.”

The T7X is built to roughly the same form factor as Bobcat’s T76 conventional compact track loader, although the electric model is about 1,000 lb heavier. It can be charged from standard EV-charging ports and will fully charge overnight. The current version is capable of four hours of continuous runtime, with an eco mode to save power.

Because it’s all batteries and electric motors, the idle power consumption is very low, points out Honeyman. “As soon as you let off the joysticks, it is not consuming energy. It’s not running at idle like a diesel machine,” he says. “A lot of customers forget that.”

Bobcat will make the initial group of T7X electric compact track loaders available through Sunbelt Rentals later this year. These initial machines run at a cost nearly three times that of a traditional model—at more than $200,000 each—but Honeyman says the price is likely to drop as Bobcat expands production of electric machines.